" Ben was threatened by the juvenile justice worker that if he didn't hurry up and finish treatment he would be sent to juvenile detention. She then felt the need to share with Ben that she used to be employed by Wackenhut and while working there, a group of boys dragged another boy into a room and sodomized him until his rectum fell out and he bled to death."

"
Treatment at Havenwyck involves torture and experimental behavior modification techniques.
Covert Taping -  Ben was made to write a healthy script and a deviant script. These he read aloud into a tape recorder. When he became aroused, he had to break open an ammonia capsule and inhale deeply. Staff members listened to these tapes to make sure that he choked. That meant that he was doing it properly. Ben suffered horrible nosebleeds for months after he came home.
Plethysmographs - This is a test where the older boys were taken out of the facility. A ring with sensors is placed over the boys penis and they are shown sexually graphic material. Ben was too young to do this, but went out of the facility with two other boys and a staff member to act as chaperone.
This was necessary because a staff member named Mr. Ari was accused by a gay black boy of engaging in oral and anal sex with him in the bathroom of the facility where they do the plethysmographs.
This happened before Ben got to Havenwyck, yet Ben met Mr. Ari. That was because he was still working on the unit. He was transferred to another unit and eventually let go, but as far as Ben knows this was never investigated by the state."

State reports from DHS showing clear violations of patient rights at Havenwyck Hospital. Why is this place getting hard earned tax dollars? There is another report I can't locate about a supervisor slamming a girl face down on the floor and breaking her nose. Supervisor then tried to get other staff to lie about the incident.

Havvenwyck staff gave a girl who was a cutter a razor and she slashed her arms, requiring stitches.


ETHICAL TREATMENT FOR ALL YOUTH


Arousal reconditioning attempts to change sexual feelings based on the theory of behavior conditioning. Ivan Pavlov developed this theory in the early 1900s based on his studies of dog salivation. Further animal research led to development of methods to encourage certain behaviors by pairing them with pleasant consequences, and to discourage others by pairing them with unpleasant or painful consequences. These methods were then applied to human patients with the goal of creating these pairings at a deep emotional level, so that desirable behavior would occur reflexively, and undesirable behavior would no longer be attractive.
Therapists and police who use arousal reconditioning assume that they can change sexual feelings in this way. They originally developed these methods in the early to mid-1900s to convert homosexuals to heterosexuals. They attempt to eliminate certain sexual feelings by pairing them with boredom, pain, or unpleasantness. In effect, they assume that sexuality can be changed through punishment. 81% of juvenile sex offender programs and 62% of programs for younger children use some form of arousal reconditioning.2
Effectiveness of treatment with males is often measured by connecting a plethysmograph to their genitals while exposing them to sexually suggestive or pornographic photographs of children, teenagers, or adults, or audio-taped descriptions of sex acts involving them.7  Click here to see a TV news report about the use of arousal conditioning on children ages 12 and over in New York in 1993.
READ MORE:http://www.ethicaltreatment.org/reconditioning.htm

- Did North Country CMH participate in the development of Robert's Individual Plan of Service, including his Behavior Treatment Plan, while he was at Havenwyck Hospital Residential Impulse Control Center Program?

- If so, was it reviewed by the BMRC?

- Wendy was interviewed 3/18/08 and said that she was court ordered on 4/24/04  to sign all necessary releases, which she did. She said that she was also told that the only way Medicaid would pay for the placement was if the parent signed off on the plan. A review of the Havenwyck clinical record showed that both Ms. Beal and her son Robert  signed the Plan of Service and the consent  "to perform covert sensitization and assisted covert sensitization". The review also show that the persons involved in the development and implementation, besides Havenwyck Staff, was Robert , Ms. Beal and his Antrim County DHS worker.

North Country CMH Associate Director, Staff A, was interviewed on 3/14/08 and said the placement was funded by the Antrim County Family Court, the Michigan Department of Human Services and North Country CMH. Mr. Brownell was a Delinquent Court Ward at the time of his placement at Havenwyck. The Antrim County DHS worker was the responsible person. Staff A said a North Country CMH case manager was not assigned, but Staff A did periodic reports with information received from DHS. Staff A also did the contract continuance.

A review of North Country CMH clinical record indicates the Plan of Service written on 8/9/04 by Staff A had verbal approval by the Antrim County DHS worker. The one goal was to function successfully at home, in school and in social relationships. The objective was " admission to Havenwyck Impulse Disorder Program to be free of sexually deviant behavior." The participation expected of North Country CMH was the monthly contractual payment agreement. There were quarterly progress notes written by Staff A. The Plan of Service written on 8/9/05 stated as the objective "see Havenwyck Plan of Service" but the Havenwyck plan could not be located.

The North Country CMH Behavior Management Review Procedure, effective 5/15/2003, was reviewed. Purpose #2 states"review and approve (or disapprove), in light of current research and prevailing standards of practice, all behavior treatment plans utilizing aversive or restrictive techniques as defined in the hierarchy of interventions, techniques requiring informed consent of the consumer." The procedure applies to " All agency programs and services under contract with the agency which develop behavioral treatment plans. The BMRC will review all written behavior treatment plans developed in any agency which utilizes techniques defined as Level II and III interventions in the hierarchy of behavioral interventions." Under FORMAL BEHAVIORAL INTERVENTION: Level III it states," these procedures are significantly restrictive, aversive, or intrusive and must be implemented only as a component of a formal behavioral treatment plan, following approval of the client/parent/guardian, the BMRC and the Human Rights Committee(HRC). Since these procedures significantly modify an individuals's rights they require a case-by-case review of the Behavior Management Committee and the Human Rights Committee and special consent by the person or parent or guardian.

If so, was it reviewed and approved by the BMRC? There is no record that North Country CMH's Behavior Management Review Committee or Human Rights Committee had knowledge of, reviewed or approved of Mr. Brownell's Behavior Treatment Plan.

Therefore, based upon the above information and using a preponderance of evidence standard, where there is greater weight of the evidence not as to quantity but quality, the allegations of not receiving mental health services suited to condition is substantiated.

Recommendations: It is recommended that, minimally, training be done on a regular basis of supervisors and case managers on the Behavior Management Committee procedures that need to be followed when a behavior treatment plan is done by either North Country CMH or a service provider under contract with CMH.

Plan of Action: North Country CMH submitted the following plan of correction on 7/24/08:

This is a  staff list for Havenwyck Hospital in Auburn Hills, MI
(we are working to acquire the complete records for ALL years)

We advise current and/or former staff to report any abuses you may have witnessed while working at Havenwyck Hospital.  For information on your rights and how to take action, visit www.heal-online.org/blowthewhistle.htm.  If you were fired or forced to resign because you opposed any illegal and/or unethical practices at Havenwyck Hospital, you have the right to take action.

If you were harmed (family or survivor) by  Havenwyck Hospital, please contact info@heal-online.org if you remember the long-term employees and from which years.  This will help!   Also, if you recognize any of these staff as having worked at another program, please send in any information about their past or present employment at other facilities and/or cults.

Child Protective Services, Law Enforcement and the Courts in Michigan 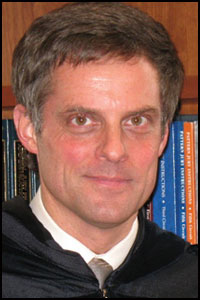 
For all you didn't know about Plethysmography!