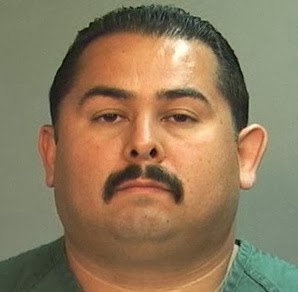 
Remember Manuel Ramos, the scumbag murderer ex-cop who said, “You see my fists? They’re getting ready to f*ck you up” to Kelly Thomas before beating him into a coma?

Remember that, despite video evidence of the beating that ultimately led to Thomas’s death, an Orange County jury inexplicably acquitted Ramos and let him walk free?

That jury may have been easy on Ramos, but it appears that citizens won’t be so kind.

Last weekend Ramos visited a Denny’s restaurant in California, about a mile from where the brutal beating of Kelly Thomas occurred.