(NaturalNews) A Michigan farmer says he could be facing an armed raid by government agents soon, following a lengthy disagreement with state Department of Natural Resources officials over his refusal to obey an order to kill his feral pigs.
Mark Baker, owner of Baker’s Green Acres, toldNatural News in an interview that he was informed recently by a former business associate that local state and federal agriculture officials have been forbidden from contacting him because he is potentially dangerous.
In particular, he said, one USDA field agent whom the associate identified as Tom Gallagher, allegedly labeled Baker, a disabled U.S. Air Force veteran, as a “gun-wielding lunatic” and said agency supervisors have made it clear that only “armed DNR [Department of Natural Resources] agents” are allowed to visit Baker’s property.
“[H]e stated vehemently that he and any other MDARD [Michigan Department of Agriculture and Rural Development] employee[s] were expressly forbidden from visiting or in any way contacting Mark Baker or Baker’s Green Acres,” Baker said in a letter to the Missaukee County Sheriff’s Department, informing law enforcement officials of the incident. “This was an order that ‘came down from the top.’ He also stated that only ‘armed DNR agents’ would visit our farm and that [I] was portrayed as a ‘gun-wielding lunatic.’”
“I consider this to be a threat to me and my family,” Baker, who retired from the Air Force, wrote.

Posted by Pretty Lie at 4:07 PM No comments: 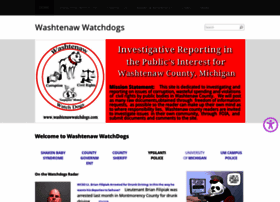 Link: http://www.washtenawwatchdogs.com/
Posted by Pretty Lie at 10:52 AM No comments:

A Cry For Justice From The Grave - Wayne Wynkoops's Own Words

The only thing necessary for the triumph of evil is for good men to do nothing.
Edmund Burke

We at The Pretty Lie regret any sorrow associated with the innocent victims who suffered the senseless and tragic loss of a good man. Wayne was a great brother to many and he had a heart filled with love and charity.
Please read Wayne's  desperate pleas for help in his own words begging for help from agencies who are charged with oversight and public protection.
Instead, these agencies enabled a community to cannibalize one of their own. 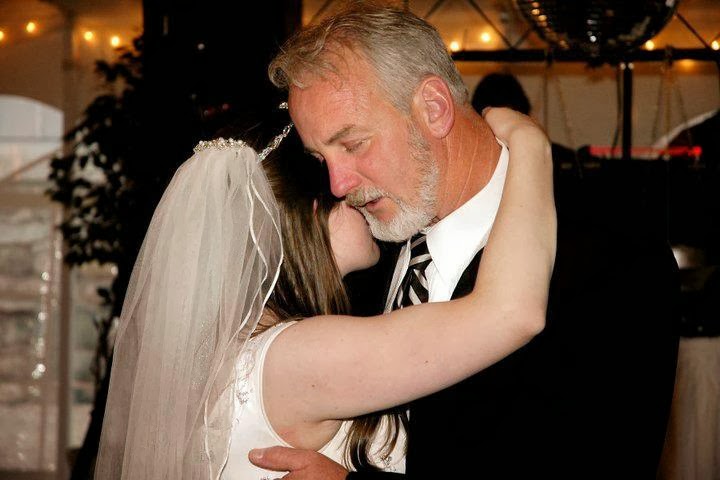 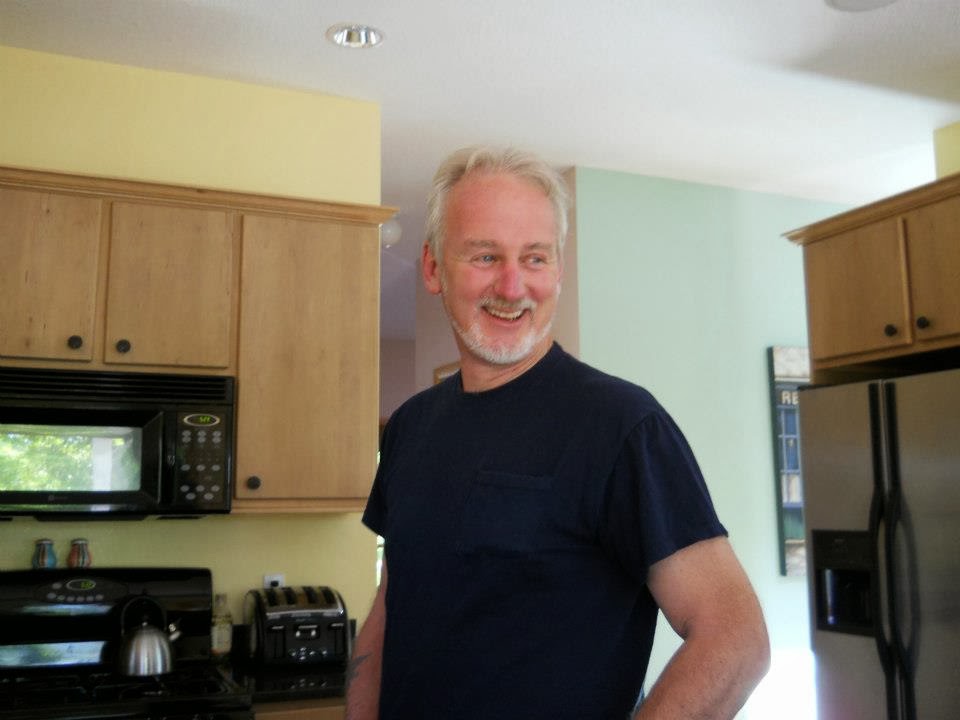 Wayne's letter to the Norwood Township Board November 26,2007
https://docs.google.com/file/d/0B8vbQh1II8q9THdfdExqM3pRRXc/edit

Wayne's statement regarding his business partner's treatment at the meetings July 29,2010
https://docs.google.com/file/d/0B8vbQh1II8q9dkZuSjAtcFYyN3c/edit


Read the entire sick and sad story of the oppression experienced by the Wynkoops by their 'neighbors' that led to Wayne's tragic suicide three years ago at the link below.

It is quite a narrative of who's who in local politics and we urge the voters to look into the local candidates before voting. We are known by the company we keep.

The Pretty Lie is hoping that the readers can make the necessary connections to those involved in Wayne's death and those who have announced their candidacy for Judge Pajtas' position in Charlevoix County Circuit Court.

I was contacted anonymously and the writer declined to come forward at this time. However, I was given permission to put some of their thoughts to print.

They just want those responsible for driving poor Wayne to his suicide to know that it impacted many others. What about his wife, children, siblings and parents? I have been told that he was the rock and many depended on Wayne.

Wayne also had many friends and business associates who miss him daily.The world will never be the same.

It is unfortunate that certain individuals who colluded and conspired to injure the Wynkoops do not appear to understand what they have done.

See this sad story at the following links: http://theprettylieortheuglytruth.blogspot.com/2013/09/charlevoix-county-circuit-court-judge.html

Widespread Contamination of the US Gulf Coast . Illnesses related to the Oil Disaster

Some Mississippi residents believe that unnatural foamy substances washing up on beeches are a byproduct of BP’s toxic dispersants used as part of the clean-up effort around the Gulf of Mexico oil spill  [Photo: Erika Blumenfeld]
Michelle Nix, from Pensacola, Florida, founded the group Gulf Coast Oil Spill Volunteers in an effort to be pro-active and do what she could to help when the BP oil disaster began on April 20.
“I had 500 volunteers coordinated to help with cleanup, people offering free oil boom, people donating their work and time to help,” Nix told Al Jazeera.
She contacted the US Environmental Protection Agency (EPA), Coast Guard, Wildlife and Fisheries, “and everyone I could think of to try to help,” Nix said. “But none of them responded. None of the government agencies would get back in touch with me.”
Nix, not to be deterred, helped organise blood tests for several Gulf coasts residents who were experiencing sicknesses attributed to toxic chemicals released from BP’s well blow-out and the dispersants the company has used to sink the oil.
In October, Dr. Wilma Subra, a chemist and Macarthur Fellow, conducted the blood tests for volatile solvents - chemicals present in BP’s crude oil as well as their toxic dispersants – on eight people Nix provided who live and work along the coast.

Posted by Pretty Lie at 7:06 AM No comments:

BERLIN, July 30, 2007 (LifeSiteNews.com) - Booklets from a subsidiary of the German government’s Ministry for Family Affairs encourage parents to sexually massage their children as young as 1 to 3 years of age.  Two 40-page booklets entitled "Love, Body and Playing Doctor" by the German Federal Health Education Center (Bundeszentrale für gesundheitliche Aufklärung - BZgA) are aimed at parents - the first addressing children from 1-3 and the other children from 4-6 years of age.

"Fathers do not devote enough attention to the clitoris and vagina of their daughters. Their caresses too seldom pertain to these regions, while this is the only way the girls can develop a sense of pride in their sex," reads the booklet regarding 1-3 year olds.  The authors rationalize, "The child touches all parts of their father’s body, sometimes arousing him. The father should do the same."

Canadian author and public speaker Michael O’Brien who has written and spoken extensively about the crisis of culture in the West spoke to LifeSiteNews.com about the shocking and extremely disturbing phenomenon. It is, he said, "State-encouraged incest, which in most civilized societies is a crime." The development is, he suggests, a natural outcome of the rejection of the Judeo-Christian moral order.

After a radio caller made him aware of the extremely disturbing story of Christopher Newsom and Channon Christian in Knoxville, Tenn., Glenn Beck researched the case and was horrified at what he found.
Though the details are hard to hear, Beck told the couple’s story in excruciating detail during his show on TheBlaze TV Tuesday. The killings occurred in 2007; however, Beck says the media failed to give the case adequate coverage due to special interests or negligence.
Newsom, 23, was a standout baseball player who was working as a carpenter. Christian was a 21-year-old student at the University of Tennessee. The happy couple had been dating for a couple months.

(TheBlaze TV)
On January 6, 2007, the couple made plans to watch a movie at a friend’s apartment, but they never made it. They would never be seen alive again.

Navy Officers on TV: “My body is falling apart” after Japan rescue mission, his right side “just didn’t work” — Another “can no longer use his legs” and unable to urinate — If 300 times normal radiation is OK, I don’t know what to tell you

'Consider This’, Jan. 23, 2014: Navy personnel say they’re experiencing mysterious symptoms, including hemorrhaging and cancer [after serving iduring the 3/11 rescue mission in and around Japan] Senior Chief Michael Sebourn was assigned to investigate radiation levels in the air and on American military aircraft [...] After seeing at least 10 doctors and undergoing three MRIs and two ultrasounds, he still doesn’t know what’s wrong with him. [...] Sebourn says he very suddenly lost 50 to 60 percent of the power in the right side of his body. This shocked him when he walked into the gym one day and could only do his workout on his left side – he says his right side just didn’t work. Sebourn also says his right arm is now an inch-and-a-half shorter than his left when he flexes – another mystery. Administrative Officer Steven Simmons was on the USS Ronald Reagan [...] Simmons suddenly lost 20 to 25 pounds, started running fevers, getting night sweats and tremors, and his lymph nodes started to swell. He can no longer use his legs and spends all of his time in a wheelchair. His weakness has traveled up to his core and arms, and the signals between his brain and his bladder have failed. He uses a catheter every four hours.

Posted by Pretty Lie at 2:39 PM No comments:

Email ThisBlogThis!Share to TwitterShare to FacebookShare to Pinterest
Labels: Fukushima

Earlier this month, Hawaii State representative Tom Bower (D) began walking the streets of his Waikiki district with a sledgehammer, and smashing shopping carts used by homeless people. “Disgusted” by the city’s chronic homelessness problem, Bower decided to take matters into his own hands — literally. He also took to rousing homeless people if he saw them sleeping at bus stops during the day. Bower’s tactics were over the top, and so unpopular that he quickly declared “Mission accomplished,” and retired his sledgehammer. But Bower’s frustration with his city’s homelessness problem is just an extreme example of the frustration that has led cities to pass measures that effective deal with the homeless by criminalizing homelessness.
This trend makes Utah’s accomplishment even more noteworthy. In eight years, Utah has quietly reduced homelessness by 78 percent, and is on track to end homelessness by 2015.

Email ThisBlogThis!Share to TwitterShare to FacebookShare to Pinterest
Labels: homelessness/hunger

﻿There are 2.3 million people living behind bars in the United States
● The US prison system costs the federal government $55 billion every year

Posted by Pretty Lie at 1:56 PM No comments:

A Ban On Owning Farm Animals? Michigan Is Considering It 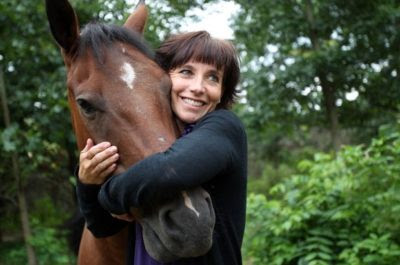 Kelly VanderKley. Image source: MLive.com
Keeping even one “farm animal” in residential neighborhoods could soon be illegal in Michigan. That’s because a proposed change to state regulations could strip property owners of the right to keep and raise small numbers of poultry or livestock.
Michigan’s Right to Farm Act currently extends to all property owners in the state, including those in areas zoned residential or commercial. The state Agricultural Commission is considering a change to the regulations – called Generally Acceptable Agricultural And Management Practices (GAAMPS) — that would strip property owners of that right.
“It would exclude a whole bunch of people who are seeking Right to Farm protection,” Randy Buchler of the Michigan Small Farm Council said of the proposal, “and strip the small farmers of their right to be protected by a state law.”
The change would allow local governments to bar people from keeping small numbers of animals such as one cow or pig or a flock of chickens on their property. The law does this by labeling certain kinds of property, such as lots in subdivisions or small homesteads, as unacceptable for livestock.

I think they are talking about East Jordan and possibly Central Lake. I will confirm this as soon as possible. I have had issues with Char-Em in the past and  I will be posting about my experience with this school district and much more very soon.

Michelle Nowka
15 hours ago via mobile ·

Posted by Pretty Lie at 8:48 PM No comments: