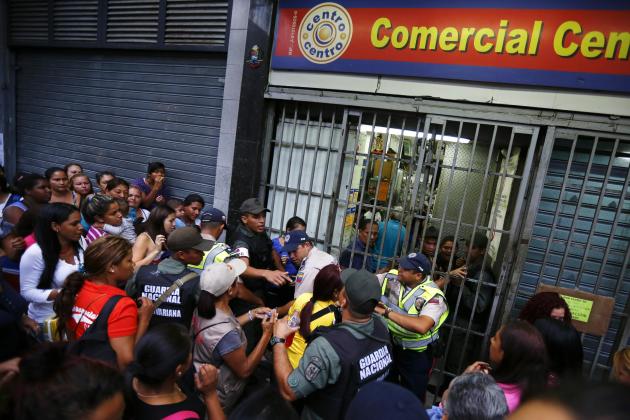 SAN CRISTOBAL/CARACAS (Reuters) - Robbers and looters are targeting trucks carrying food across Venezuela in another sign of worsening shortages that have turned basics like flour and chicken into coveted booty.
Crime has long plagued shops and roads in Venezuela, which has one of the world's highest murder rates.
But widespread shortages due to a restriction of dollars for imports have worsened since the New Year.
This has made food delivery increasingly risky even as certain trucks have been fitted with GPS devices and are sometimes protected by private security agents.
"I won't transport food anymore because the streets are too dangerous," said Orlando Garcia, a 37-year-old driver from the western state of Tachira who has been ambushed twice as he crisscrossed the country.
"They put screws on the road (to burst your tires), and when you stop to fix the tire they attack you," said Garcia, who now refuses to work past midnight and will only transport plastics.
READ MORE:https://ca.news.yahoo.com/robbers-target-food-delivery-trucks-shortage-hit-venezuela-125312857.html
Posted by Pretty Lie at 2:49 PM

Email ThisBlogThis!Share to TwitterShare to FacebookShare to Pinterest
Labels: homelessness/hunger