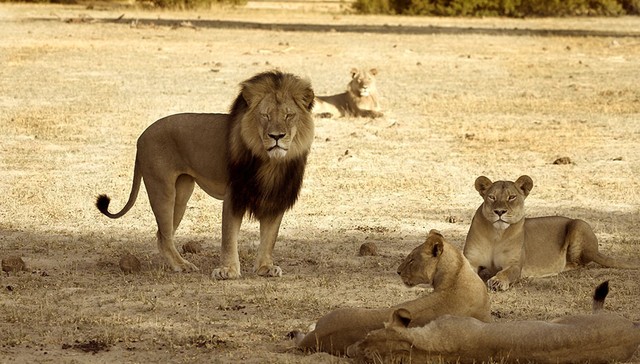 The brutal killing of Cecil the lion will have long-lasting effects on his pride — and may even cost his 12 cubs their lives.

Since Cecil is no longer the head of the pride, the lion who takes over will most likely kill his cubs in an act of dominance.
"The saddest part of all is that now that Cecil is dead, the next lion in the hierarchy, Jericho, will most likely kill all Cecil's cubs so that he can insert his own bloodline into the females," Johnny Rodrigues, chairman of the Zimbabwe Conservation Task Force, told the BBC.
READ MORE:https://www.thedodo.com/cecil-lion-cubs-may-be-killed-1271961231.html
Posted by Pretty Lie at 8:07 PM