The Cs Hit List 05: Dr. Greenbaum and the Manchurian Candidates 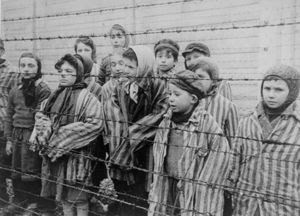 On 25 June 1992, Dr. D. Corydon Hammond of the University of Utah delivered a talk at the Fourth Annual Eastern Regional Conference on Abuse and Multiple Personality at the Radisson Plaza Hotel in Alexandria, Virginia. It was entitled 'Hypnosis in MPD: Ritual Abuse'. In it, he described a strange set of symptoms that he and other clinicians had discovered (often independently) in patients, which indicated a massive, nationwide, well-coordinated program of systematic abuse and mind control, which was often, although not always, indicated in family members of NASA, CIA and military personnel. Using ideomotor responses elicited under hypnosis, Dr. Hammond and his colleagues uncovered layers of 'programs' that were installed in victims (often starting in infancy) via repeated abuse (really amounting to torture), sensory deprivation, disorientation, hypnosis, hallucinogens and other drugs.
READ MORE:http://www.sott.net/article/240587-The-Cs-Hit-List-05-Dr-Greenbaum-and-the-Manchurian-Candidates
Posted by Pretty Lie at 1:01 PM

Email ThisBlogThis!Share to TwitterShare to FacebookShare to Pinterest
Labels: miscellaneous