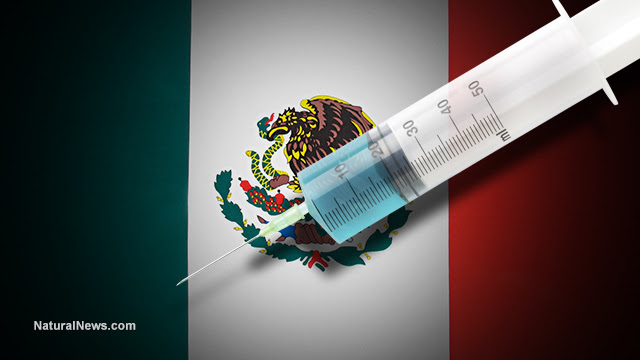 (NaturalNews) Despite the insidious attempts of the corporate-controlled U.S. media to censor the stories about the deadly side effects of vaccines, the truth keeps surfacing. The latest vaccine tragedy to strike has killed two babies in La Pimienta, Mexico and sent 37 more to the hospital with serious reactions to toxic vaccine additives. (Tweet this story)

"...14 children are in serious condition, 22 are stable and one is in critical condition," the Chiapas Health Secretariat said in a statement via Latino.FoxNews.com.

What's especially alarming is that only 52 children were vaccinated in all, meaning that 75% of those receiving the vaccines are now either dead or hospitalized.

The vaccines were administered by the Mexican Social Security Institute, known as IMSS. The IMSS confirmed the deadly reactions occurred after children received injections of vaccines for tuberculosis, rotavirus and hepatitis B -- the same viral strains targeted by vaccines routinely administered to children in the United States.
READ MORE:http://www.naturalnews.com/049669_vaccine_injury_depopulation_agenda_deadly_side_effects.html
Posted by Pretty Lie at 5:52 PM