Cops Enter Military Veteran’s Home Without Warrant and Beat Him While He Was Sleeping: Lawsuit 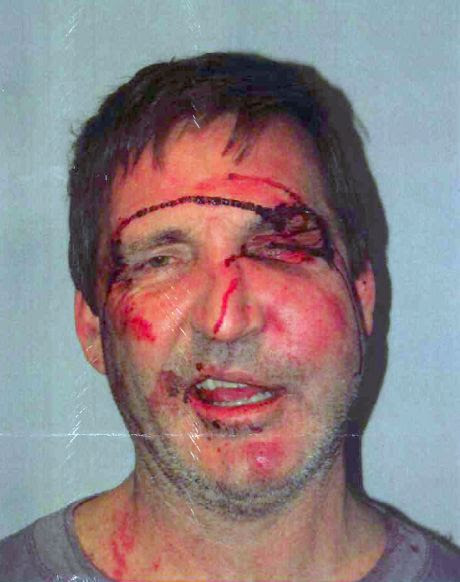 HOUSTON (CN) – A Texas policeman broke his hand beating an Army veteran senseless, then got the vet jailed for a year on bogus felony assault charges, the veteran claims in court.
Bradford Bates, 52, sued Pasadena police Officers Bryan Kelldorf and Mark Adams in Federal Court Thursday. He seeks punitive damages for the year he lost in jail and for the punches and kicks they delivered while arresting him that broke his nose and concussed him.
Bates’ complaint includes credible evidence that he was beaten: his booking photo with dried blood streaked across his forehead from a huge gash above his blackened left eye, his mouth twisted as if cringing at the rest of his face.
READ MORE:http://filmingcops.com/cops-enter-military-veterans-home-without-warrant-and-beat-him-while-he-was-sleeping-lawsuit/
Posted by Pretty Lie at 10:43 AM