The 1 percent’s twisted games: How they’re distorting reality and diluting democracy Research shows that the rich live in an alternate universe from the rest of us, and bend policy to their will 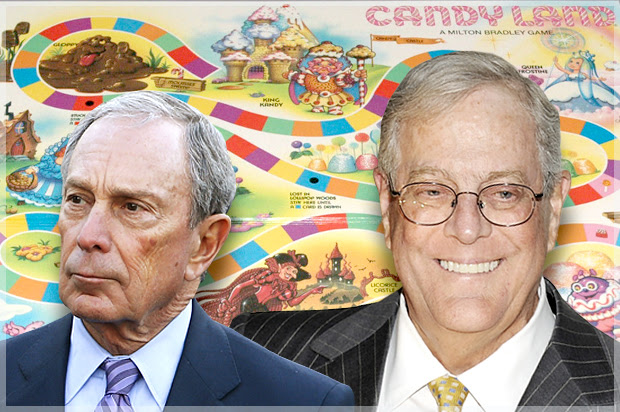 
What would America look like if donors didn’t rule the world? It’s an interesting question and one worth pondering as the 2016 Presidential campaigns kick off. Available data reveals that donors not only have disproportionate influence over politics, but that influence is wielded largely to keep issues that would benefit the working and middle classes off of the table.
Do donors really rule the world? Recent research suggests that indeed they do. Three political scientists recently discovered that a 1 percent increase in donor support for a policy leads to a 1 percent increase in the probability the president supports the policy, if the president and donor are in the same party. On the other hand, they find no similar effect from general public opinion on presidential policies. In another study, Brian Schaffner and Jesse Rhodes find, “the roll call voting of members of Congress may be more strongly associated with the views of their donors (including outside donors) than with those of their voting constituents.” So who are these donors?
READ MORE:http://www.salon.com/2015/07/26/the_1_percents_twisted_games_how_theyre_distorting_reality_and_diluting_democracy/
Posted by Pretty Lie at 11:28 AM